Two days later we went to Amsterdam, looking for the special boat, we were met at the airport by Peter, who was brilliant, he showed us lots of boats, and we have made an offer on one, but it is very expensive, so we will see.
At night we did the tour of the ‘red light’ district, very interesting, we saw all sorts of scantily dressed girls that night, in different shapes sizes and colour, from many ethnic backgrounds.
Had a lovely meal, early night, as we had been up since 4am.
Next day we went to see another boat, but I hated it, so that was a definate NO NO.
off to the airport, had a brilliant meal, caught the flight, back to Kathleen’s as she was looking after the dogs for us.

Off to Amsterdam again to look at more boats,Peter collected us again, and we saw loads more boats, but alas we could not afford what we saw,and none of them really were what we wanted. We decided to do some site seeing the next day, so we went on a river trip, which was interesting, we saw the different areas, the posh and the poor, very good. We then hoped on a tram, and went to one of the squares, had some lunch there, and caught another tram, this time we went further out of the City.  It seems that every City we go to have a better travel network than Britain. In the evening we went for a Italian meal which was excellent, and also reasonable.

The next morning we booked out late, caught the tram to the train station, then straight on a train (double decker) to the airport, had a lovely steak there, onto our flight, and back home again, everything went like clockwork. 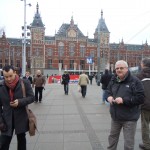 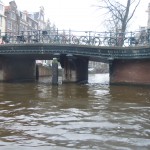 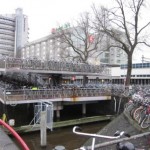