Up early, as we have no water, and we needed to fill the tank before we leave. We know it is Sunday , and the marina doesn’t open till 10am, but we thought we might be able to fill up and get on our way. Well it worked, the owner of the boatyard came over unlocked the water, and we started to fill up, we also put the washing machine on, I had a shower, and cleared the dishes from last night. By the time he reappeared at 10.00am the tank was full, washing done and I was clean, so a good result.

We made our way through 11 locks, sometimes we had help from another boat, but mostly we were on our own, the scenery is magnificent, with the the Autumn colours, we also had to learn how to do the swing bridges, that worked by a key, which we didn’t know we had. Some of the locks have bridges which the general traffic use, so we put the key in, the traffic barriers come down to stop the traffic, the bridge then swings to let the boat go by, and then the bridge swings back and eventually the traffic continues. It’s a good feeling to be able to stop the traffic!

We found a mooring, the only one in a place called Tyle Mill Lock, most of the moorings were private, but one was kept free for people who wanted overnight berths.

After a good night, we once again took showers, then went across the canal and fills the tanks up again, at least we will be clean for today.
We travelled through four locks before we came to Burghfield, where there is a pub called The Cunning Man, we had been recommended to try it, so we did. A beautiful looking place with thatched roof, Geoff was able to catch up on the local ales again. 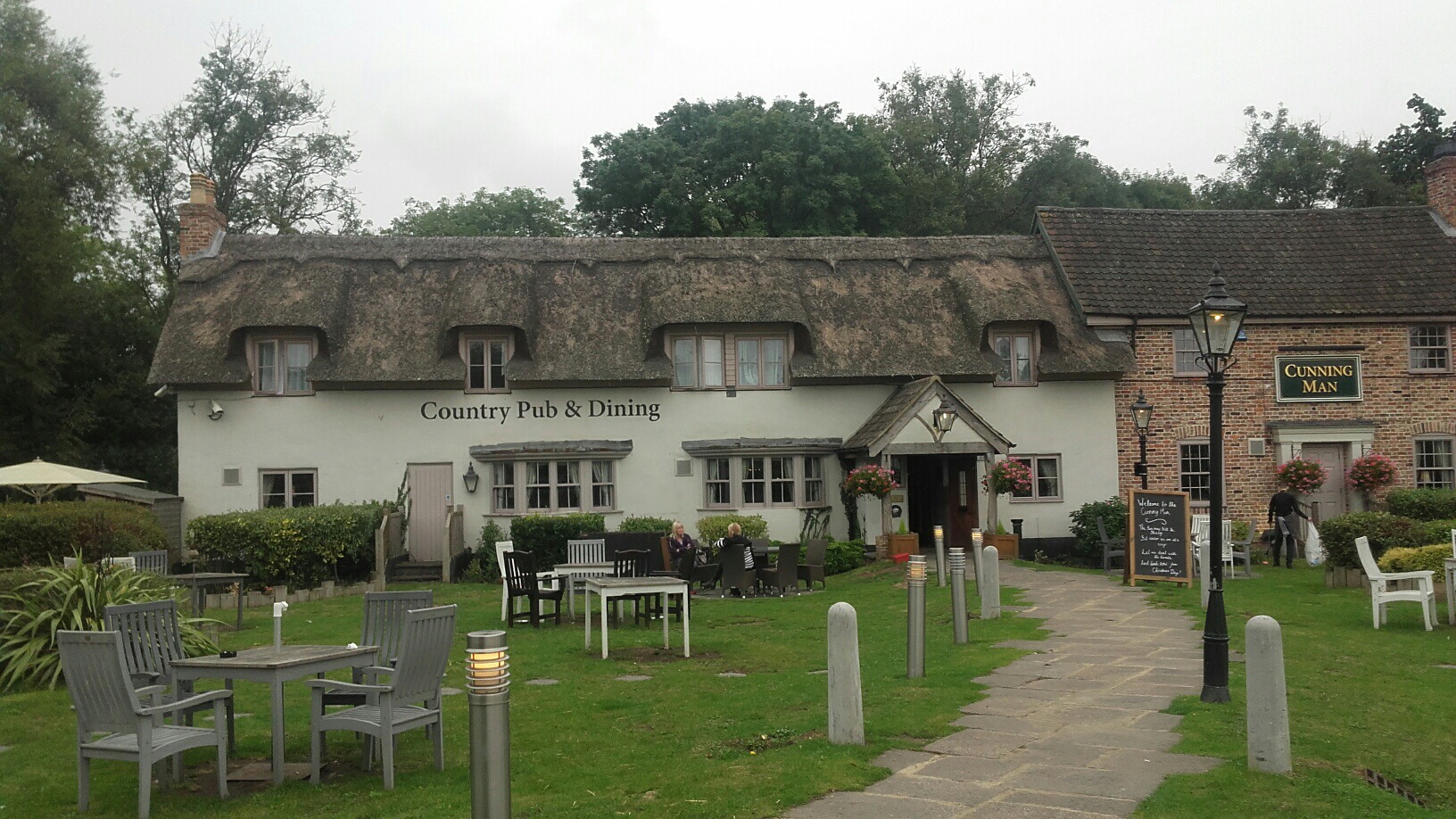 As we travelled on, the fine drizzly rain started, we wanted to get to Reading, so we kept going, the only problem was we couldn’t find anywhere to moor, we found ourselves in the middle of Reading, with traffic lights, on the waterway, very strange, anyway we pressed the button, it changed to green and we were off again, by this time we really wanted to stop, well through the light system at the end, we found mooring rings, so we hooked up in them, and there we stayed. By this time it was raining quite hard, so we weren’t moving for anyone, we had a very comfortable night. 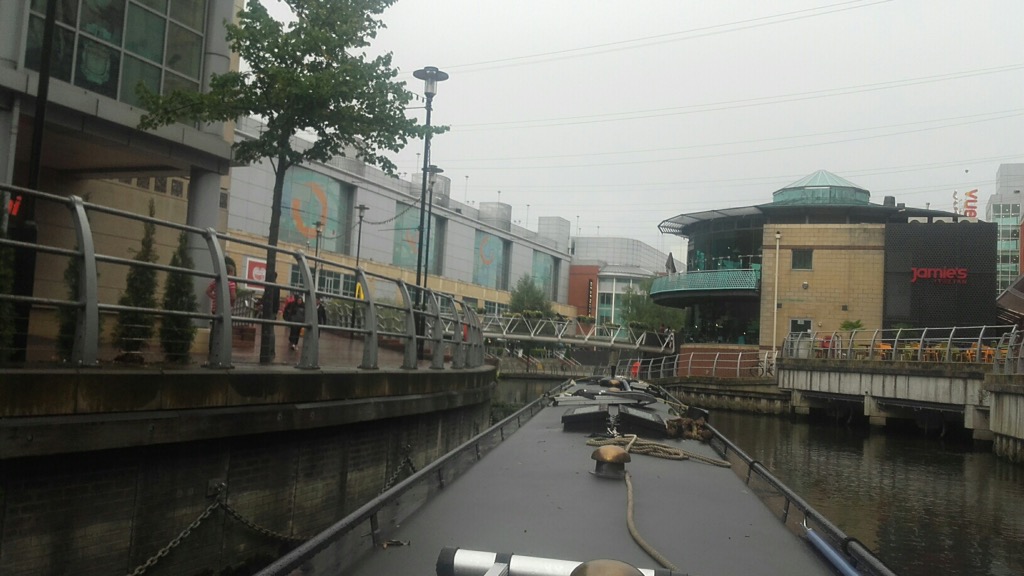 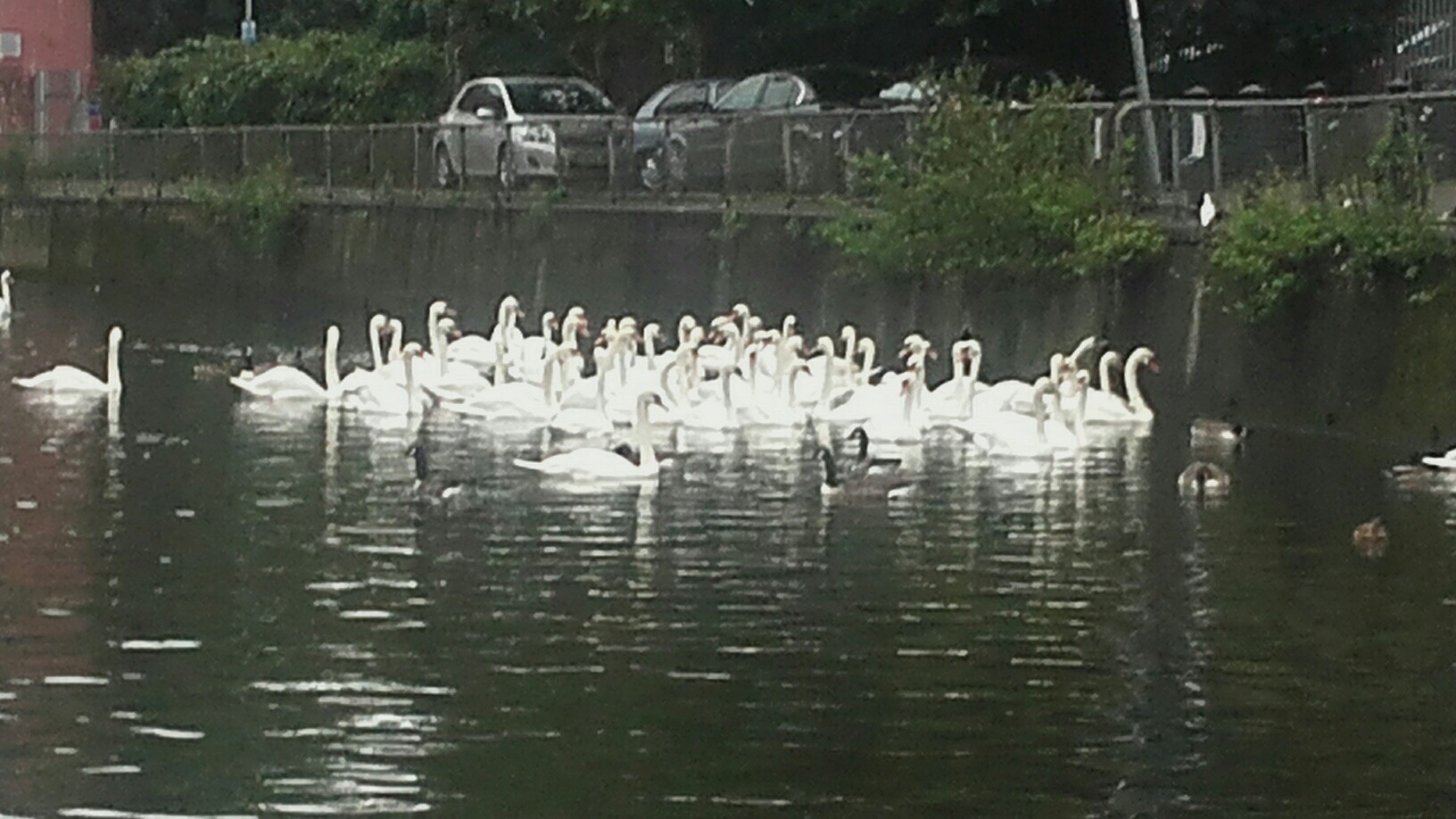 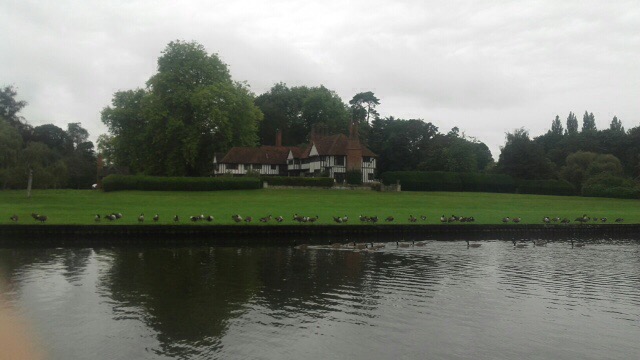 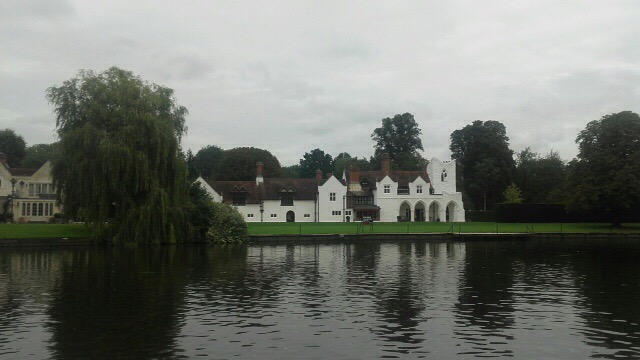