Arrived in the wet and the cold, and thought why did we come back a week early!
First stop was the Premier Inn Manchester, so that we could collect the car first thing, not sure if it would start etc, so to save worrying we waited until morning.
Geoff went to collect car, no need to worry started first time on key, plus the slow puncture was fine, so we headed down to Derbyshire, gosh it is cold, having come from 30 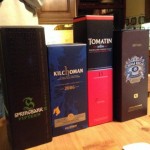 Oh dear! The bottles are out again!

degrees it is a shock to the system. Extra jumpers and we were soon ok. 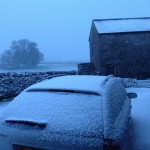 It was good catching up with Marian and Martin. Russell had been boarding this week, so we saw him on Friday, he was full of the joys of boarding, and being with his friends all week, so it looks as 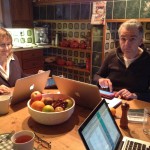 though it is going to be an expensive time for them.
Next stop was Mark, Paula and the girls, it was lovely catching up, we don’t see enough of them, but appreciate they are busy people. The new house is lovely, and by the time they have put their touches on it, will be even better, quite a bit to do, as it needs modernising, but I am sure the end project will be good.
Next day we went to see Herbert and Liz, Herbert is struggling a bit at present, so we took lunch in, as he could not face going out, we had a good chat, a few heated discussions on Ryanair, hopefully he improves soon.
We had arranged to stay at Tracy’s for the night, haven’t seen her since the wedding, and it was good to catch up with the gossip, next morning we went for a walk, it was very windy, cold and wet, we went to Henley, crossed the weir there but couldn’t get very far as the fields were flooded, so we called it a day, hope this rain stops soon, otherwise the Thames will burst its banks! 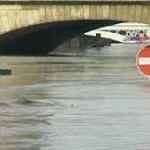 Gunwharf was next, and there we stayed for the rest of the time, it was good to be back, although needs some money spent on it, I bought new washing machine and dishwasher, fixed shower and toilet, had the gas boiler serviced, and got the new gas certificate, so we are legal again for tenants.
The girls who rent the flat are lovely, and come and go all the time, mostly they work in the local restaurants in the evening, so for the majority of the time, we enjoyed TV in lounge, I kept Geoff on a strict diet, so we only drank on one night, so hopefully we lost some weight! Andrew popped in one day, with his friend Chase, which was good, hope to go to London when we are back to see his new flat.
We caught up with Kathleen and Tom, Pat, and Doug and Jill, his is why I love coming to England as I get to catch up with my family and friends.
The weather here us really bad with the south west of England suffering the most, but now London is under threat with the Thames about to burst its banks, so very sad for 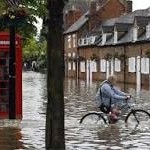 everyone.
Back to Kathleen’s leave all the dirty washing ( she’s good to me) then back to see Herbert and Liz, we struggled to get to them as we had to cross the Thames, we were on a back road! when we got a puncture, Geoff hit a pothole at speed! fortunately it was in the tyre that needs replacing anyway, so in the pouring rain! we waited for green flag to fix it! after an hour they came! fortunately it had stopped raining, so we were soon on our way again.
We had a lovely lunch at Liz and Herbert’s plus a few drinks to revive us, then onto the Hotel, and Geoff took the car to the carpark! we have an early start in the morning!
Set the alarm for 4am but I was awake at 3.30am, so we had a cup of tea, and caught the 4.15am to the airport, we booked our bags in, and then had a full English breakfast, we caught the flight to Madrid, which was on time, then onto Buenos Aries wow what a long day! the flight was twelve hours! we got to the Savoy Hotel at 10.30pm, so by the time we had showered we fell into bed at 11pm so altogether with the time difference in real time we were 24 hours travelling, no wonder we were shattered, but everything went like clockwork.

This entry was posted in Buenos Aries, Family, Friends, UK. Bookmark the permalink.