Friday 17th January and though we weren’t in any particular hurry, excitement, mixed with trepidation woke us up.  Yesterday Alicanté airport had been closed due to a major fire on Wednesday afternoon causing massive disruption and chaos, with aeroplanes ending up everywhere. Apparently our local airport, Murcia, looked like Heathrow with planes parked everywhere. 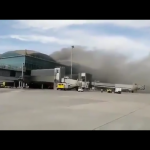 And the appointed hour Jim arrived and we went for a Menu Del Dia in the village prior to heading to the airport.  Fortunately Marian and Martin had gone through Alicanté earlier in the day and gave us an update; partially working, much chaos, especially where in the cars drop off area, limited flights, and no air bridges in action, but worst of all the VIP lounges were closed!   We had also checked out Vueling website and our flight was still scheduled for departure.

Heading off to Alicanté feeling good, Christine was checking the paperwork and suddenly discovered our ESTA’s were out of date, I couldn’t believe it as I knew I’d checked them earlier when we originally booked, I could only offer a pathetic excuse, ie “age” but one starts to wonder!!!   A swift turnaround to collect the laptop so we could apply when in Antigua but, this also meant the extra time we’d built in for any chaos we may encounter at Alicanté had gone.

Blasting down the motorway, speed limits, what speed limits? We arrived at the airport and to our astonishment the drop off area was virtually empty, good start.   Arriving at the checkin desk, no queue, wonderful.  Oh well so far so good but no doubt Security will “stuff” us, or will they? No, it was a very small queue so we were through very quickly, result.   The transformation from this morning was amazing and we had time to spare. 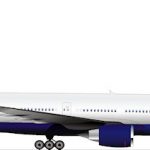 Our flight was called and as scheduled we departed virtually on time, our earlier worries were un-founded, well done to the staff and operators of Alicanté airport.

Touching down in the cold and damp UK, we collected up all our bags and headed to the airport hotel for a short night!

Up early and headed straight to the BA check-in desk and after only a few minutes we were checked in and headed straight to the worst part of any airport, security.   What greeted us?  A very long queue you would have expected but no, straight into the Hall and immediately onto the security belt, unbelievable, never been known to man before, what’s happened at Gatwick airport I wonder!   OK breakfast beckoned, so straight to the lounge to sit and eat in comfort!!   We were really surprised how well everything was going, everything seemed to good to be true and of course it was.   At the appropriate time we headed to the gate to board and was greeted upon arrival by an announcement stating there was a “technical issue” with our aeroplane which would cause a delay of at least an hour. 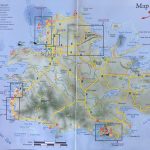 Whatever the “technical issue” was, it got sorted and we boarded within the hour, good, we’ll done BA but then after we were all seated, he pilot came over the PA telling us there was ice on the wingtips and until it had been de-iced, we weren’t going anywhere, oh dear still a glass of bubbly came round so all was not lost!   Half an hour later and we were in the air, yeah we’re really on our way now.

After a reasonably comfortable flight we touched down in Antigua, our home for the next two and a half months.  Collecting our bags and clearing formalities was a doddle so headed for a taxi.   Here you don’t just go to a taxi rank, you go to a “dispatcher”, tell him your destination, he gives you a piece of paper with the cost on and organises a driver who duly arrived and we loaded.   As we were just about to leave we were stopped and two more couples joined us.   Our fare was US$16, now with three couples the driver was paid US$48, a good amount for half-an-hour’s work! 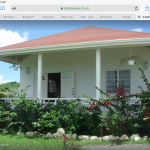 We were greeted at our “cottage” by the owners mother who showed us around and organised her husband to run us up to the local major supermarket where we collected enough provisions to get us over the weekend.   The distance to the supermarket + carrying bags back means we need a car, full stop!

How to describe our cottage; interesting, quaint, rustic, adequate, cosy and just right.   If you remember the Morecambe & Wise show with Andre Previn and the piano scene.  Morecambe was playing the piano badly and when questioned, he told Previn that he was playing all the right notes but not necessarily in the right order; that scene came straight into my head as we first wandered about the cottage.   It needs a thorough upgrade, but if this was done, we wouldn’t be here as it would join the other rental properties on the island, very expensive!!

Our first night, though strange with noises of “critters” we were unfamiliar with, was fine, and Sunday was all about sorting ourselves out.  In the afternoon we needed some exercise so walked the mile and a half to Dickinson bay and had a couple of beers, and  reminded ourselves what the white sandy beaches looked like.  Fortunately for us, the hour or so we were in the beach bar the sun was shining, but 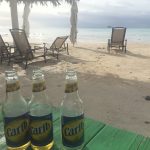 Beautiful beaches, sun and Carib what else could we wish for

both on the way to the beach, and on the way back, we were drowned by tropical rain showers, it was like being under a hot shower.  On the way back we quickly came to the conclusion we were just too far away from everything so a long term car hire was definitely needed and upon our return set about researching all the possibilities available.

P.S.   We understand from our friends in Spain that the day after we left, Alicanté airport was closed again; we were very lucky to get into the short open “window”

This entry was posted in Antigua, Caribbean. Bookmark the permalink.