Our time in BA comes to an end

After a late one last night, we weren’t hurrying down for breakfast but thought of Trevor and Gill, knowing they had to be up early as they had a full day’s city tour. Today is their only “full” day in BA, so they had little choice.

Today we decided we would catch the train and go to Tigre, a 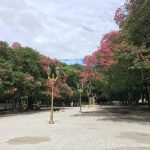 Stroll in park on route to station

weekend sort of place out of town, away from the bustle of the city and built on a series of small islands where the River Paraná Delta arrives into the River Plate.

After breakfast we set off to the main Station, and being bank holiday weekend, the streets were deserted, crossing the roads 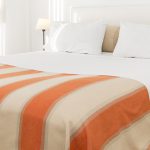 Ours was not quite this posh!

was a doddle. We arrived at Retiro and joined the queue to buy our tickets and though there weren’t many people about, there was only 1-booking kiosk open, hence the queue. Eventually we got to the window to buy 2-return tickets only to be told the trains weren’t running to Tigre, we would have to catch a bus; oh, so into the coffee shop for a re-think and then we saw it, a large poster saying, they were using the bank holiday to carry out line repairs.   We didn’t fancy heading out on a bus so headed back to the hotel.

Lunch today was a salad in our room followed by a siesta, we are not up for these late nights, and recovery is taking too long!!!!

We met up with Trevor for a few beers before they went off to their tango show and we went and shared ½ a cow at our local Parrilla before heading back to our hotel.

This is our last day and the morning has been taken up by booking seats and printing boarding passes etc., though we had trouble with the hotel printer and eventually the receptionist, who we had got to know, let me get onto his hotel computer; this did it, everything we wanted was printed. It only left the washing and ironing to be completed.

We then started the big pack, this is our last flight and we are working hard to adjust the weights, as our challenge is to get our cases onto the flight without incurring penalty charges.   On the two previous flights we spent quite a bit due to excess weight and too many cases; we were determined this time we would achieve the impossible.

Being our last day in Argentina we couldn’t let it slip by without enjoying one last “BIG” steak, so headed round the corner to Los Remolinos, our friendly Parrilla. As we weren’t in any hurry we enjoyed a ½ Bottle of an excellent Argentinian white wine to start; naturally another bottle of Malbec followed with our steaks. We finished off with the most divine, though sickly, Banana Pancake covered in sugar and heated into a runny toffee, though as it cooled, it crisped up. Not normally my scene, though I couldn’t let Christine eat on her own, could I?

By the time we left the restaurant we were very full; ‘what diet’ I hear you say, but this is our last time in Buenos Aires for the foreseeable future.

We completed our packing, confirmed with our transfer driver the pick-up time and put our feet up. 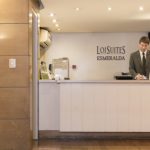 Now one wouldn’t suggest this is a “must” stay at hotel, but for what we wanted it was just the ticket. It was right in the centre of everything, we could walk to most places but taxis were outside the hotel if needed. The metro was around the corner and busses ran everywhere from the Avenue, 9th July round the other corner. The room itself satisfied our needs but as I mentioned in a previous post, was past its sale by date. A lick of paint and a general up-grade wouldn’t have gone amiss, though we did notice there was a program for up-grading going on elsewhere; perhaps those rooms cost more and Harry did carry out our wishes as instructed. For an Aparthotel the facilities are very basic; a kettle, a fridge and microwave but the towels were frayed at the edges and paper thin, not fit for rags Christine told reception, and low and behold, from that day on we got new towels! Perhaps if we had had a moan about the room they may have changed us, but we didn’t.