Today we are having to be transported by the tenders into the port, as we are anchored off. When we arrived our bus was waiting, and took us immediately to Masaya, the country looks very poor again, mainly agricultural and tourism.
First stop was a market, dating back to the 1800’s, we were not impressed, although we did get a magnet. We walked around quickly, then went to the local square and got a coffee.
We passed several volcanoes, with several active, but they don’t seem to be bothered about them.

We visited one, where we could see the middle still smouldering 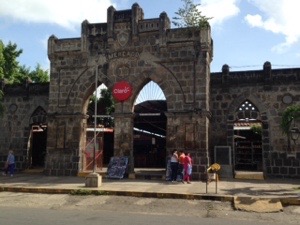 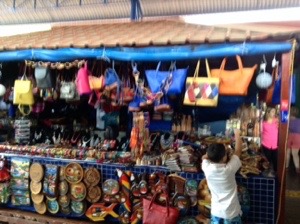 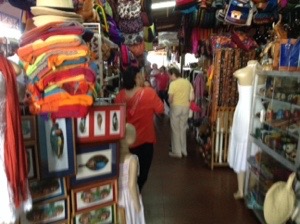 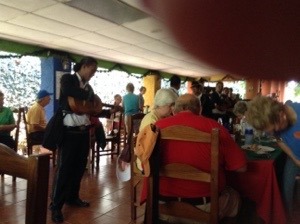 We then travelled to Granada, the heat is very intense, so hot, we escaped and went for a cup of coffee and tea, wow.

We walked around this monastery, then came to a square, very pretty. Granada is located amidst the astonishing landscape of volcanoes and lakes, this historic city founded in 1524 features ornate Spanish churches, colourful colonial houses and a vibrant market. 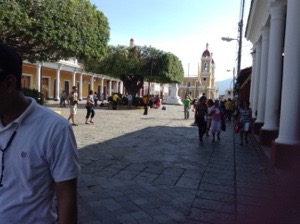 This entry was posted in Nicaragua San Juan Del Sur. Bookmark the permalink.