Another busy day, we arrived at Cartagena Colombo, about 9am and we went ashore for a 9.30am trip on the old favourite, the red bus company, but it was an organised trip, as it included a 90 minute walking tour!

We set off, and the traffic was chaotic, maybe it is everyone going to work, but the traffic was like a bad day on the M25, with the roads only having one or sometimes two lanes. Cartagena is a walled city, first thing we saw was Castillo de San Felipe de Barajas, which is the fort of San Felipe, the most important work of Spanish military engineering in South America. We went from old to the modern part of the city, we saw the lovely beaches, and the hotel resorts. Having done the complete tour, we then got of at the “Old City” with narrow streets and Spanish Colonial buildings, first stop was the Hard Rock Cafe, where we were given drinks, and we were able to do some emails, but only for five minutes, we walked all around the city, and then went into an emerald museum where they showed us how they were mined and also tried to sell some. Geoff wanted me to have a pair of emerald ear rings, but I wouldn’t let him buy them, they were lovely, but I couldn’t justify him spending that money!
The old city was lovely, although we were hassled to buy things from street sellers, they had Panama hats, fans, necklaces, and loads of other things, we both said we would have liked to spend more time there, but we had to be back in the ship by 2pm. One day maybe we might return.

Back on board we had a quick swim, to cool down, it was very hot in Cartagena, then went for afternoon tea, in one of the lovely restaurants, the only trouble all the sandwiches had mayonnaise in, and guess what I don’t like that, so they went and made me some smoked salmon with cream cheese sandwiches, we had scones, jam and cream, plus cakes, but have to say it was not as good as our local one sells in Lo Pagan, the cream was not the same, but we did enjoy it.

Today’s show was a tribute to Whitney Houston, I enjoyed her, but Geoff was not very impressed, but she sang a lot of my favourite songs, we then watched “Inside Out” (Disney) on the big screen under the stars, by the pool, it was not cold at all, went to bed at 11.30pm very tired. 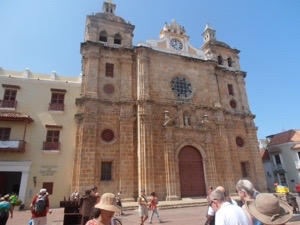 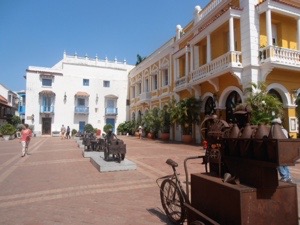 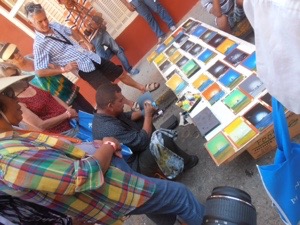 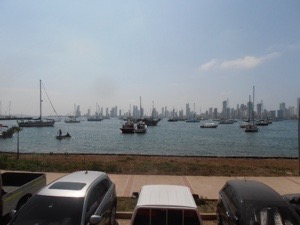 This entry was posted in Columbia Cartagena. Bookmark the permalink.