24/11/2013. our search for beds is nearly over, Jane managed to get two 4′ singles, which is for the other spare room, so off Geoff and Jane went to collect them, it is now raining, and the driver has only got an open top truck, still they arrived safe and sound, we made the beds, another room complete, looks lovely. One more bed to go, this is for the maid, although at present Dave reckons I have got the job!

Up at 6.30am, I thought we were on holiday, got that wrong! We took Dave to work, then 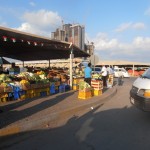 went onto the vegetable market, they had a row of stalls selling dates, which we sampled, and bought two different types.  we 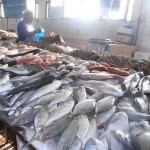 purchased lots of fruit and vegetables, then onto the fish market, well that was just amazing, they had prawns over 9inches long, and really fat, so we bought two kilos, we then got salmon 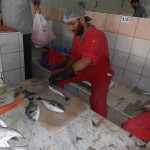 and seabream, which they filleted for us.

We left the market in search of a manual car wash, we had been turned away from one garage, as the car was too dirty, having 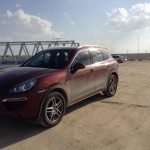 found one, we waited for an hour to get done, seems like after the rain, everyone wants their car washed, when we left there “Pedro ” looked very smart again. 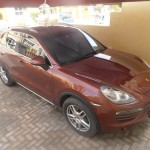 We did a quick blitz on house, Geoff doing handiwork, Jane hoovering and washing floors, and I caught up with the ironing, didn’t take long to get everything ship shape again. 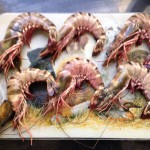 Back home, we had a quick lunch of three delicious prawns and salad, they 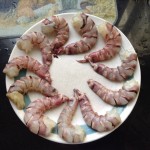 were very tasty, and filling, then a quick shower, before we go and collect (Jane’s horse) Herbie, we are off to a dressage show. Herbie smartened up, mane and tail plaited, then into the horse box, and we left for the show. 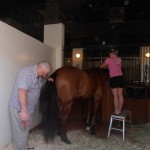 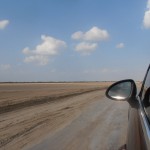 The roads out here are very good, but we drive for about twenty 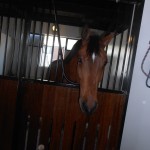 miles through dessert, and see no one, I would be scared to do it on my own, case I broke down, in one part there was a cattle grid half missing, which was very scary, instead of cattle it was for the camels!

Herbie and Jane did the warm up, then the tests, she said he didn’t go as well as normal, but she still took first in novice, and second in elementary, so very good. Jane has won everything since she has been out here, so it is good for her to have some competition for a change.

We waited over an hour for results, so by the time we re-loaded Herbie, back to the stables, and then home it was midnight, so straight to bed, wow what a day.