Arrive in one of the seven natural wonders of the world

I have had another bad night, I have been on the looe more times than I can remember, so when the alarm went off at 5 am, I was a bit slow to say the least, I wanted to pack last night, but went to bed instead, so this morning after the packing was done, Geoff had a quick cuppa, I didn’t want to drink until we got to the airport. 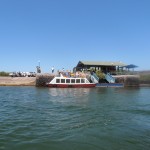 Our transport over the river with luggage on roof

Today it is Galapagos, this is what it has all been about, our flight was on time, and we landed at Guayaquil, before continuing onto the Galapagos, when we arrived, we were on a very desolate Island, we were met by our guide, and went by coach, barge, coach, zodiac dinghy to the Beagle. On route we 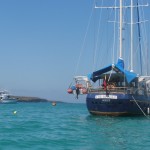 had a briefing on the Islands, and what we would be doing.

After lunch we went on the Dinghy to the Charles Darwin 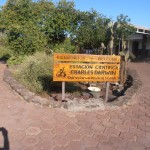 Research Station on Santa Cruz, It was brilliant, we have seen more animals and birds this afternoon then we did in four days in the Jungle!

Apparently the tortoises were heading for extinction, but with a 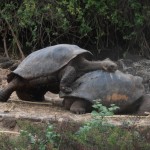 careful planning, they are managing to bring the numbers up, each Island have a different sort, and they hatch the eggs, bring the tortoises on for five years, and then return them to the native Island that they come from, it was all very interesting.

On the way back to the Town we stopped at a fish market, where the sea lions, and the pelicans were hovering for tit bits, an 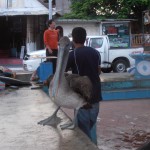 amazing place, and that is just the first day.

Back to the boat for showers, dinner, and into bed quite early, we seem to have a good group of people.